$29.00
Availability: In stock
Add to Wishlist

Klenprime 60 mg Eminence Labs is a beta2-adrenomimetic (stimulates beta2-adrenoreceptors) and is used in many countries as a remedy for bronchial asthma and other lung diseases. Due to its long half-life, clenbuterol has not been approved by the FDA for medical use. Being a stimulator of the central nervous system, it acts like adrenaline, also having many similarities with such CNS stimulants as effedrin. Despite popular opinion, clenbuterol has a half-life of 35 hours, not 48 hours.

Being a beta-2 agonist, clenbuterol acts as a fat burner by binding to type 2 beta receptors in the fatty and muscular tissue of the human body. After clenbuterol binds to the receptor, a cascade of biochemical reactions is initiated that lead to an increase in cAMP synthesis (cyclic adenosine monophosphate). cAMP, in turn, activates enzymes that mobilize fatty acids from adipocytes (adipose tissue cells).

When clenbuterol acts on the beta-2 adrenoreceptors of the presynaptic membrane, the release of norepinephrine and adrenaline increases, which have a powerful fat-burning effect. Klenprime 60 increases the basal metabolic rate by 20-30% from the initial level.

Klenprime 60 suppresses the activity of lipoprotein lipase, as a result of which fat deposition in adipose tissue becomes impossible. Acting on beta-2-adrenoreceptors of the central nervous system, this drug enhances the secretion of thyroid hormones [2] – the body’s natural fat burners.

A unique feature of clenbuterol is that it is not only a powerful fat burner, but also has a pronounced anti-catabolic effect, protecting muscles from destruction, which is very important during weight loss and bodybuilding drying. In studies it was found that the anti-catabolic effect of the drug is due to the blocking of Ca ++ dependent and ubiquitin-proteasome proteolysis.

Side Effects of Klenprime 60 mg

Nausea, vomiting, dry mouth, palpitations, dizziness, insomnia, sweating, and many others. But the most frequent and most common effects are: muscle cramps, anxiety, headache, and high blood pressure.

Some side effects can be avoided, for example: in order to avoid muscle cramps, you need to drink 5-8 liters of water a day and eat bananas, oranges. Potassium also helps, 200-400 grams a day before bedtime on an empty stomach. Headaches can be prevented by taking analgesics, such as acetaminophen at the first symptoms. Some require taking the dose increased by 2 times.

T3-Max-100 (T3, triiodothyronine) is a thyroid hormone in an active form (thyroxin is an inactive form of a hormone). Deciding to buy T3-Max-100 in our online store, you get an extremely powerful fat burning tool that is inferior only to terrible DNP, however, in skilled hands this product can become an excellent anabolic agent, as […] 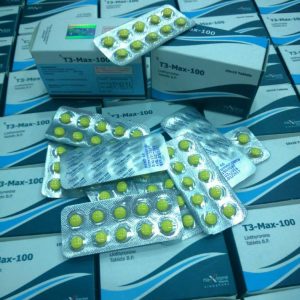 Sibutramine, is an appetite suppressant, thereby affecting the weight loss process. Despite the well-established opinion prevalent in the United States of America, this drug is not addictive. Sibutramine regulates the production of serotonin, dopamine and norepinephrine, increasing their level. In addition, during the administration of the drug, the body accelerates metabolism and increases energy consumption, […] 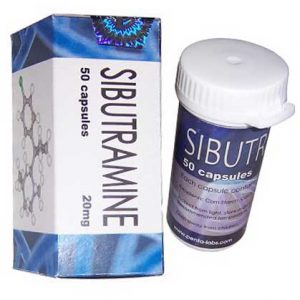 Frusenex PHARMACOLOGICAL PROPERTIES Frusenex (Furosemide) is a strong diuretic (saluretic) agent, effective in oral and parenteral administration. The diuretic effect is due to inhibition of reabsorption of sodium ions and chlorine in the kidneys. The drug is equally effective in acidosis and alkalosis. The action of furosemide is fast: the diuretic effect with a / […]

Pharmachologic effect Astralean is used for medical purposes (they are treated with bronchial asthma), and also has widespread use in strength sports due to its property of burning subcutaneous fat. Astralean is an adrenergic agonist acting through the excitation of beta-2-adrenoreceptors. The action of Clenbuterol leads to the stimulation of the sympathetic nervous system and […] 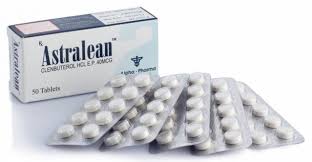 T3-Max-25 pharmachologic effect Many bodybuilders resort to the use of Liothyronine as a means for losing weight. Liothyronine (T3-Max-25) has a powerful fat burning effect, increases calorie consumption and speeds up metabolism, thyroxin has an adrenaline-like effect, causing the heart to beat faster, and with it causes a feeling of excitement and anxiety, which are […]

Lioprime Eminence Labs – the main thyroid hormone, Lioprime Eminence Labs Liothyronine (T3) is used in bodybuilding and fitness as a fat burning aid for weight loss. According to the efficiency of cyto-surpasses most fat burners, even pharmacological. Many women and bodybuilders use cytover as a means for losing weight, T3 increases the consumption of calories, speeds […]