The monotony in the training process invariably leads to further inhibition of development. The body gets used to the same load. Further progress can be achieved solely by shocking the muscles, but it becomes difficult to do this, so further growth in volumes begins to slow down. If several months in a row train according to one program, the lessons turn into routine.

To diversify learning, there are several effective ways. Well help to shock the muscles of the superset. This technique is a training of several exercises that are performed either without rest or with a twenty second pause. In other words, it turns out that the athlete performs one exercise and then another, and then takes a short break. For example, when you plan to perform ten approaches in training, five super series are running on the super network.

If you like to train your abdominal muscles, try a superset for a workout for men, which is more convenient to do in the gym, but you can do it at home. In order to pump through the muscles of the press will need a block simulator. Any crossover will do, or you can take a rubber expander and do all the exercises with it instead of a simulator. After several repetitions of these exercises, your abdominal muscles will be clogged to the limit.

Athletes use supersets to train different muscle groups, but do not deserve to bypass the press. This is a rather serious omission, since the usual exercises over the years of training already become ineffective. And in order to progress further, it is necessary to introduce a variety in the program of employment, which perfectly provides high-intensity repetitions. 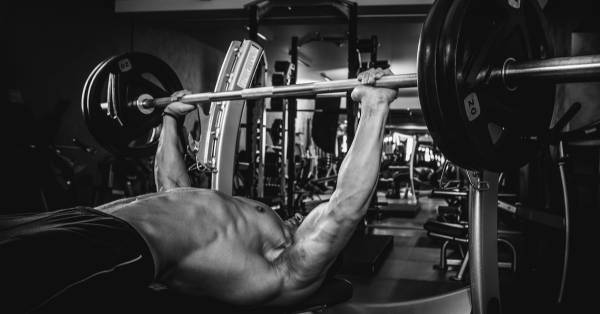 Many articles are devoted to the use of supersets, so every athlete, including beginners, already knows that after a certain period of time they should be included in their training program.

Start the session with a warm-up. It consists of:

Each exercise is done in 2 sets with 10-15 repetitions in each.

After warming up the necessary muscle groups go directly to the exercises:

The super series of these exercises shock the muscle groups of the press. Thanks to this, they receive a powerful impetus for further growth. To really shock the muscles, every subsequent training is recommended to increase the load. Weekly should be done from two to three workouts for the press, but not more. Some athletes prefer not short supersets to the press, but one long one, which consists of four to eight exercises. Such a load leads to complete depletion of muscle groups within a few minutes after exercise. Such training is called circular.

Such a lesson can consist of seven performed one after another exercises with a break of 15 seconds (maximum). If one circle is not enough to feel complete exhaustion, you can make the next circle. The break between the individual cycles must be at least two minutes.

Such exercises help to make the training more diverse and give the muscles the necessary shock. High intensity repetition is perfectly reflected in such sports performance as endurance and functionality. For sportsmen, for whom absolutely every kilogram is important, it is often not recommended to resort to circular training, for example, amateurs only once a week.